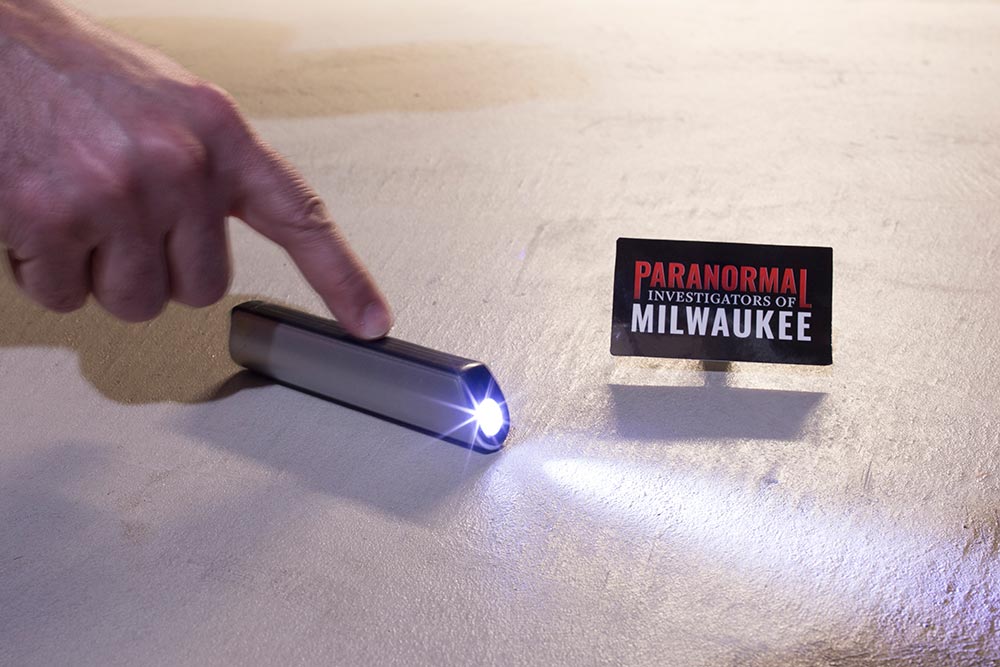 Many paranormal investigation shows and teams across the country will essentially break a flashlight in order to make it so the flashlight is barely off.  This is achieved by unscrewing either the front or back of the flashlight so that the battery is barely not in contact with the light bulb.  This creates a flashlight that will turn on and off, sometimes seemlingly in response to questions.  The YouTube video below explains why that occurs:

So the way they show this being done on TV is clearly just occurring due to the physics of how a flashlight works and has nothing to do with anything paranormal.  However, PIM located these touch flashlights online as a means to test the idea that something paranormal could turn a flashlight on and off in response to questions.  PIM feels this is a better way of testing this idea since if the touch flashlight comes on, we know exactly what occurred in order for that to happen, unlike the method used on TV.

PIM would like to note, that despite using multiple touch flashlights on many investigations, we have never had the flashlight turn on by itself.