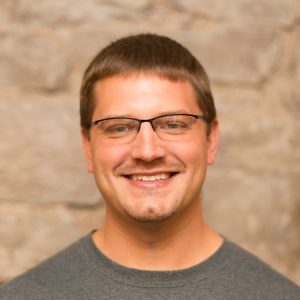 I have had an interest in the paranormal since I was a young child. Although I have never had a personal experience, I believe that there are too many reports to ignore them. However, I don’t see the paranormal around every corner and would characterize myself as skeptically optimistic. I am a trained scientist (BA Biology, MS in Epidemiology and Cell Biology,) and I am employed as a scientist in my day job. I use my scientific training to run PIM’s investigations as much like a controlled experiment as possible. I postulate that whatever can’t be debunked may be real evidence of the paranormal, but careful measurements and observations need to be taken to ensure the validity of any data recorded. I firmly believe this can only be achieved by utilizing the best science has to offer in our investigations and to think outside the box.

What is your dream investigation?

There are a lot of places that intrigue me that I would love to investigate but may not meet the minimum requirements for PIM investigations. Locations such as the Bird Cage Theater, Moundsville Prison, Trans-Allegheny Lunatic Asylum, and West Virginia State Penitentiary are some of those. I would probably say my current dream location would be Goldfield Hotel, mainly due to the original Ghost Adventure’s documentary that showed some pretty amazing physical manipulation of objects. I would really like to investigate this location using PIM’s techniques to see what, if anything, is going there.

What is your favorite investigation? 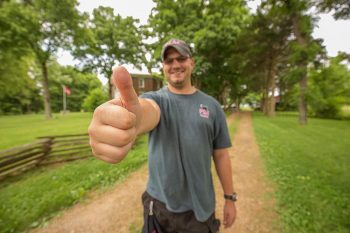 My favorite PIM investigation has to be Bobby Mackey’s Music World in July of 2012. This investigation was the third investigation in a marathon set of investigations at some major locations that included Waverly Hills Sanatorium and Mansfield Reformatory. This location was much smaller than either of those and I wasn’t expecting much to be honest. However, the location certainly was interesting, and despite the limitations put on us by the then tour guide we had events occur that I still cannot explain. These events reinvigorated my interest in paranormal investigation and without this investigation PIM may not exist today.

For a look at some famous “hauntings” in America and the truth behind those cases I would recommend American Hauntings by Robert E. Bartholomew and Joe Nickell

For a great book on how to investigate the paranormal using science I would recommend Scientific Paranormal Investigation by Benjamin Radford.

For a great book on how mediums and psychic trick people into thinking they have special gifts I would highly recommend Psychic Blues by Mark Edwards.

What made you choose PIM over all the other groups out there?

As the founder of PIM that is hard for me to answer since PIM didn’t exist until I created it. However, I can comment on why I wanted to start my own group. I started paranormal investigating in 2005 when I joined a team that was just starting out. I worked my way up in that group and eventually was named Co-Founder due to all the work I was putting in to get investigations and do research. I learned a lot on how to conduct an investigation, what equipment to use, and what things you needed to know in order to prevent confounding factors during an investigation. I also learned a lot about how NOT to conduct an investigation. I eventually left that group and formed PIM in order to try and apply what I had learned and try to conduct a better investigation that utilized my training as a scientist as much as possible.

I enjoy singing, especially a capella music – I’m a baritone.