Waverly Hills Sanatorium has been home to over an estimated 6,000 deaths during its years in operation and many believe that this influx of tragedies may be the cause of the paranormal activity that plagues the location.

Tuberculosis is one of the most devastating diseases to ravage the United States in the early 1900s. Tuberculosis causes patients pain and difficulty breathing, chills, fatigue, fever, swollen lymph nodes, and a loss of appetite that contributes to dramatic weight loss in many patients. Louisville in Jefferson County, Kentucky was one of the hardest hit areas [1] and home to one of the most infamous haunted locations in the world–Waverly Hills Sanatorium. Waverly Hills has been home to an estimated over 6,000 deaths during its years in operation [2] and many believe that this influx of tragedies may be the cause of the paranormal activity that plagues the location.

The History of the Hills

Originally the location Waverly Hills now rests on was a homestead and home to a one-room schoolhouse. The property became known as Waverly Hills after the school’s own name, Waverly School. [3] It wasn’t until 1910 that a hospital was built on the property for the treatment of tuberculosis. Louisville, Kentucky in particular had a very high concentration of the disease due to the low swamps and wetlands much of the area was situated on, a perfect breeding ground for the tuberculosis. [4] The original hospital was made to handle about 40 patients but it quickly became apparent that more room was needed as cases of tuberculosis continued to increase. [5] Construction to expand the hospital began in March 1924 and ended in October 1926. [6] The newly constructed hospital could now hold around 500 patients. [7] 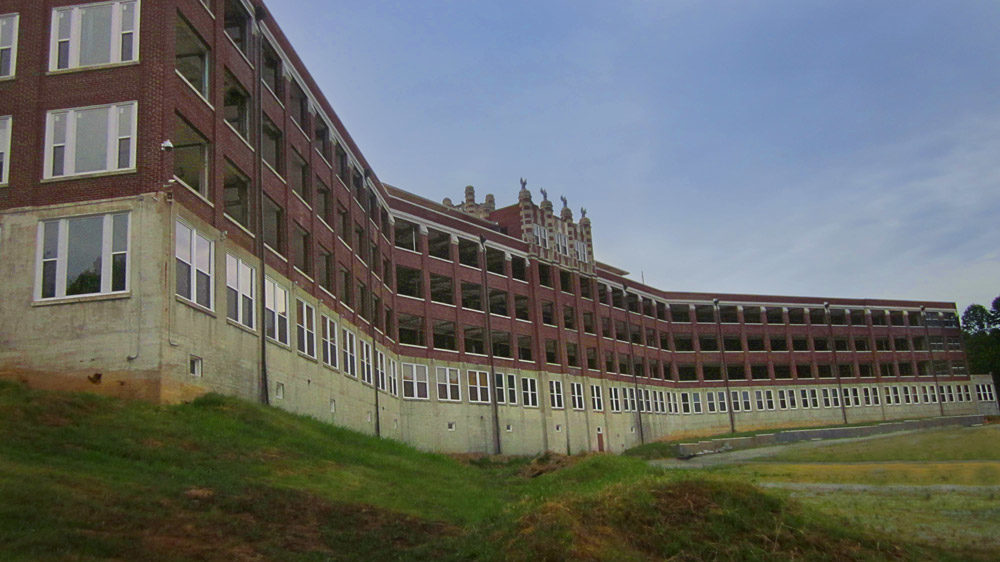 Due to the nature of tuberculosis the hospital operated as its own self-contained community to keep patients isolated from those without the disease. [8] The hospital even had its own zip code, post office, water treatment facility, gardens, and livestock so that patients had everything they needed to live removed from the outside world. [9] They were not completely isolated, however, as many loved ones would come during visitors’ days. [10] Because tuberculosis was such a contagious disease early treatments were rigorous, although in most cases, unfounded and unsuccessful. Treatments included having patients exposed to fresh air, sitting out on patios and porches no matter the weather be it rain, snow, or sun. [11] Some patients were treated in rooms with artificial UV light meant to penetrate their lungs and kill off unwanted bacteria. [12] More bloody and often deadly treatments of the disease included inserting balloons into the lungs to expand them or removing some ribs and muscles so that lungs could expand further on their own. [13] It wasn’t until the discovery of an antibiotic known as streptomycin in 1943 that cases of tuberculosis really began to decline. [14] Still, even after World War II tuberculosis experienced a spike in cases when soldiers began to return home with it. Many were treated at Waverly but died due to how advanced the cases had become by the time they arrived at the hospital. [15]

The number of deaths that occurred at Waverly Hills in a year sometimes reached as high as 152 and during its operation from 1911-1961 it is believed that around 6,000 people died there. [16] The volume of deaths were so high that doctors worried about patients’ morale and mental health and repurposed a tunnel that had been used to move supplies up the hill in winter into a discrete way to move the dead out of the hospital and to the bottom of the hill where they were out of sight and able to be cremated or collected by their families. [17] The “body chute” or “death tunnel”, as it came to be known, was 545 feet long and used a rail car system to transport bodies from both the first floor and basement of the hospital. [18] The hospital officially closed in 1961 but reopened a year later with a new purpose. [19]

In 1962 Waverly reopened as Woodhaven Geriatrics Sanitarium for the care of the elderly. [20] The old folks’ home was troubled by multiple budget cuts that made it difficult to properly care for patients and abuses began. Electroshock therapy was used to “treat” many of the elderly within Woodhaven regardless of their condition and the facility was closed down by the state in 1982. [21] Though there were multiple plans of what to do with the property after Woodhaven was closed none of them were realized and in 2001 Waverly was bought by new owners who are working to preserve and restore the building that has fallen into disrepair. [22]

The Haunted Halls of Waverly

With such a disturbing and dark past it should come as no surprise that Waverly Hills Sanatorium has a reputation of being one of the most haunted locations in America. Casual visitors and investigators alike have their stories to share of haunting and surprising experiences all around the halls of the sanatorium. Sightings of ghosts include a young girl on the third floor seen running down the halls, a young boy who loves to play with a small leather ball on the floor, an apparition of a hearse delivering coffins in the back of the facility, a woman with bleeding wrists who begs visitors for help, [23] a doppelganger, numerous shadow people, and even an inhuman entity who crawls along the floors, walls, and ceilings and gives guests a sense of great dread. [24] The body chute is said to be full of paranormal activity and even the kitchen and cafeteria have had their share of stories of a man walking around in a white coat and the smell of food cooking or freshly baked bread even though the kitchen isn’t in working order. [25]

The fifth floor is home to the most paranormal activity, however. Visitors have reported seeing children playing in rooms, the apparitions of patients roaming the halls, shadowy figures passing by doorways, and light coming from the windows as if they were still being occupied. Volunteers working to restore the area have also experienced being struck by unknown forces, objects being thrown at them or moved, doors slamming shut, and more apparitions in doorways and halls. [26] The fifth floor is home to nurses’ stations, a linen room, a pantry, and two rooms, one of which is room 502. [27] Room 502 has an interesting history, largely based on rumors, rather than evidence. People say that in room 502 in 1928 an unmarried nurse hung herself after finding out she was pregnant. The details of the story vary wildly and most of them directly contradict the known history of Waverly. [28] In 1932 another nurse is said to have jumped out of the window of room 502 and fallen several stories to her death. Others say she was pushed. Again, there is no evidence that these events ever took place but room 502 is undoubtedly a hotbed of paranormal activity on the fifth floor. [29] In room 502 visitors have seen shapes moving in front of the window, seen lights on in the room from outside, and heard disembodied voices around them. [30]

Though we cannot know for sure that Waverly Hills Sanatorium is haunted, the amount of people who have had supernatural experiences at Waverly remains overwhelmingly high. There is something to be said for that. Perhaps the building just has a certain feeling about it or perhaps the death and tragedy that plagued Waverly’s past has embedded itself within the walls. We may never know all of the haunting secrets Waverly Hills has to offer.