Built in the mid 1800s, the Granger House’s Victorian Italianate architecture may hide restless spirits – Shortly after our visit this location was nearly destroyed by a tornado 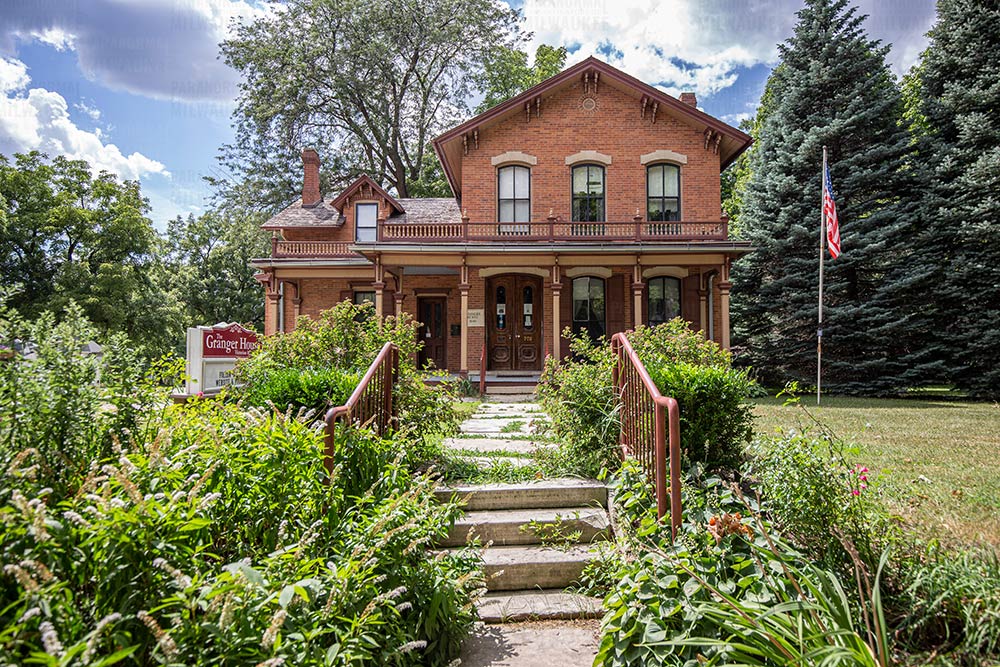 The Granger House is of a brick Victorian Italianate architecture built in 1848 by Charles Myers. The original house consisted of a single room (now the Dining Room) on the 1st Floor and 2nd story room above (now the Boys’ Bedroom). Earl Granger purchased the house in 1876. In 1879, Earl built the Carriage House and a year later added on to the main part of the house. The house remained in the Granger family for nearly 100 years up until 1973 and in 1976, the house was placed on the National Register of Historic Places. Today the house is known as the Marion Historical Museum or Granger House Museum and is one of Marion, Iowa’s oldest structures.

Earl, along with wife Dora, raised several children in this home but suffered tragedy as 4 of their 7 children died at young ages. Dora, born of German descent, was considered a kind and generous woman. She was known for feeding the “tramps” that came through town. Despite her generosity and her religious beliefs, Dora suffered from depression from the loss of her children. Earl was a cattle farmer and made his living selling meat to the railroad through his shared company named the Granger and Howell Company.

Wesley, age 3, and Mable, age 5, died three days apart from each other from diphtheria in 1879. Louise died in 1881 at the age of 14 from measles complications. Listed in the Family Bible “Baby Boy” was listed as another child of Dora’s who’s birthdate was the same as his death date. Alfred and Arthur lived to adulthood. Arthur lived in the Granger house after Dora passed away in the home of natural causes in 1937. Alfred lived in a house nearby.
The house contains many of its original furnishing and hosts a 140 year old piano acquired from Cedar Rapid’s Green Opera House. This was the largest theater between Chicago and Denver but no longer exists. A humidifier to protect the piano from drying out is near it in the music room.

There is one documented suicide which occurred in the basement in 1905. Mary Elizabeth Albright took her own life by slitting her throat.