Octagon Hall, once a refuge for fleeing confederate soldiers, is said to be one of the most haunted civil war era homes in the united states. What secrets might this mansion turned museum hold? 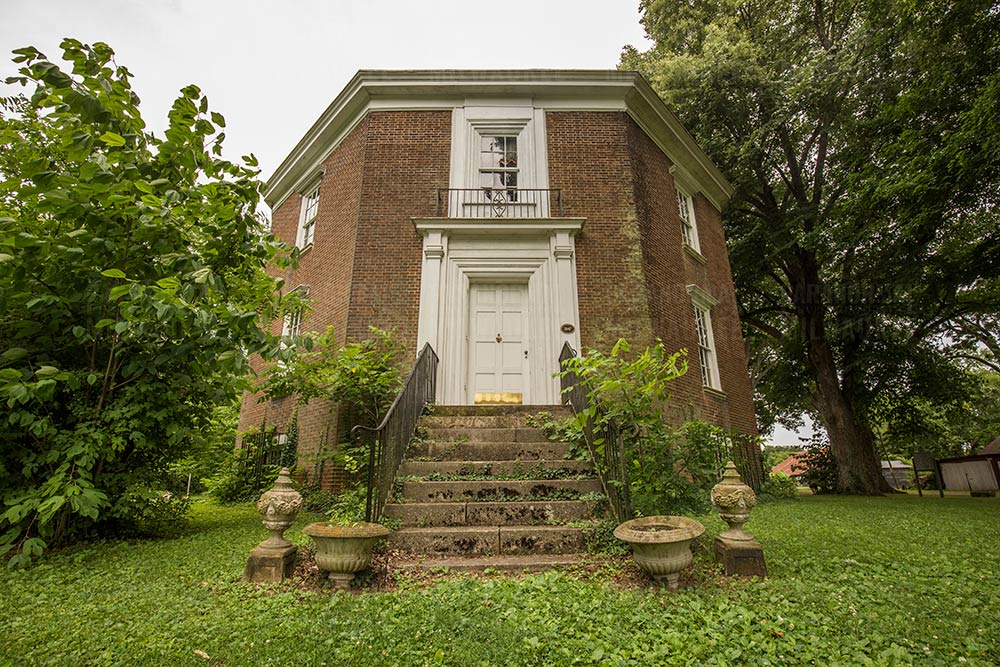 Octagon Hall is a rare eight-sided brick house located near the city of Franklin, Simpson county, in south-central Kentucky. The private house is now a civil war museum. Construction of the antebellum landmark, begun in 1847 by Andrew Jackson Caldwell, was completed in 1859. Mrs. Caldwell sold the house in 1918 to osteopath Doctor Miles Williams, who lived there until his death in 1954. The house became a rental property until 2010, when the Octagon Historical Society purchased the property and began restorations. The house is on the National Register of Historic Places.

The house measures 13’4” on each of its eight sides, resulting in 876 square feet per floor. The limestone foundation supports a two-and-one-half-story brick building. The bricks are three deep on the exterior walls. The interior walls are lathe and plaster. Caldwell’s slaves made the bricks for the house, including the corner bricks that are five-sided in order to account for the angles of the building. The slaves also cut and dressed the huge blocks of Bowling Green white limestone that were brought in from a quarry five miles away.

Mr. Caldwell’s property was used to raise cattle and worked by 25 slaves. The house was located on the strategically important Nashville road and abrupt the L&N Railroad, used extensively by the Union forces. More than 8000 Confederate soldiers camp on the grounds the first night after the Confederate States Army evacuated Bowling Green (February 13, 1862). When the pursuing Union soldiers arrived and camped on the grounds few days later, they mistreated the family, eating their food, killing their cattle, burning some of the buildings on the property, and contaminating the water wells with carcasses. 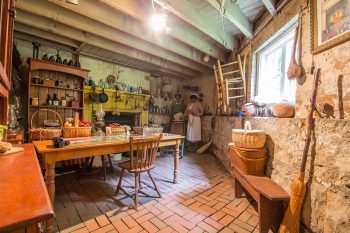 The house and was used throughout the war as a confederate soldier sanctuary and hospital, a risky proposal as Union soldiers could have burned down the property had they suspected the owners of harboring Confederates. Legend has it that Mr. Caldwell kept honey bees in the cupola and would dress soldiers in bee suits to hide them there. When Union soldiers would access the cupola searching for rebels, they were quickly repulsed the the swarm of bees. The cupola was struck by lightening in 1916 and burned. During renovations a loose brick was noted in the wall of the front porch steps to the house and, when removed, revealed another possible hiding place for soldiers. Additional hiding places included hallow walls and a tunnel in the basement.

At least two Confederate soldiers died and are buried on the property, one died in the house from his battle wounds, the other was found dead on the door steps. Both are buried outside the slave cemetery. Mary Elizabeth, the 7 or 12 year old child of Mr Caldwell and his first wife, was in the winter basement kitchen when her dress caught fire and she died of her burns. She is also buried on the proper. A slave cemetery, surrounded by Bald Cyprus trees, contains 17 graves with simple field stones as markers.

The building is reputed as one of the most haunted locations in the United States. Bill Byrd, manager of Octagon Hall and member of KYTruthseeker, lists video, photographic, sound, apparition, and experiential evidence of hauntings. 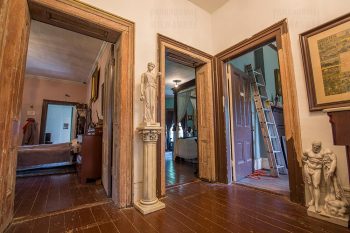 Apparition claims are photographic and experiential. The claims include apparitions photos of a solder in the driveway, of a little girl in yard seen from an upstairs window, a decomposing corpse at the bottom of the stairs, and a solder leaning against a tree in the back yard next to the summer kitchen. Witnessed apparitions include a young girl in the basement and a seven foot shadow on the first floor that charged the investigators and that made heavy footsteps sounds that were even heard in the basement below.