The Shadow Person of Octagon Hall

A shadow figure has been captured the photograph below standing at the foot of the stairs of Octagon Hall in Kentucky. Is it real, or can a bit of know how disprove this mysterious image?

In the paranormal field it is not uncommon to see people jumping at shadows, then trying to capture those shadows on to any nearby recording device to share with the world. We’re a social lot. It was, therefore, unsurprising that we recently found a photograph posted to the wide open internet purportedly showing a shadow person at the foot of the stairs in Octagon Hall Civil War Museum’s basement. Photo below: 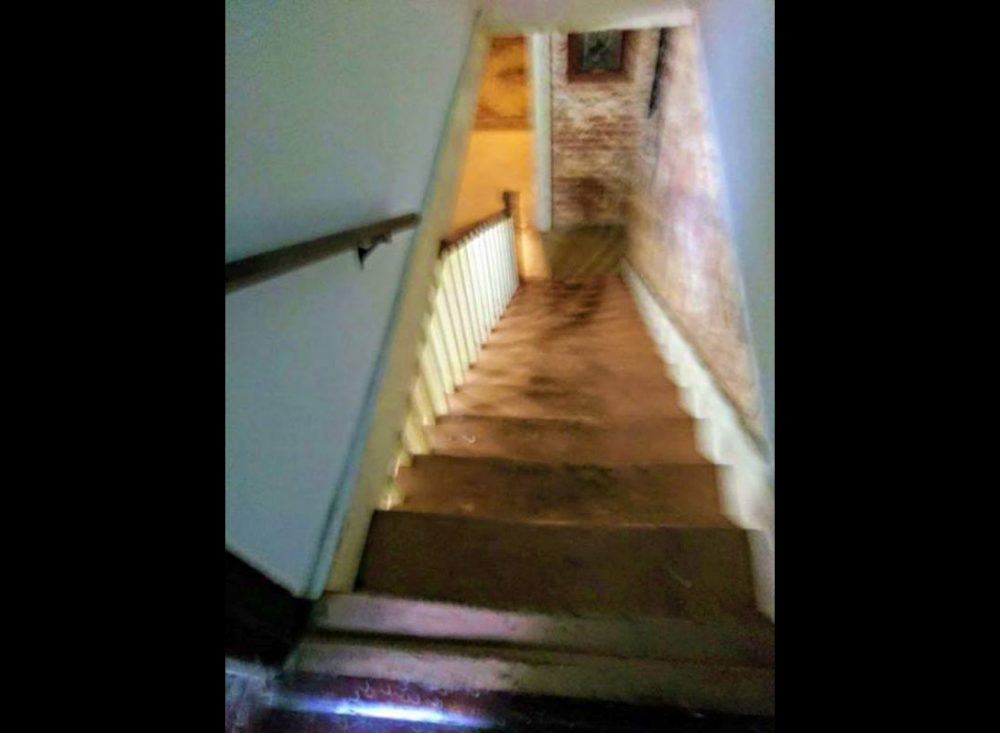 At first blush the image is exactly what it claims to be on the box, a shadow at the foot of the basement stairs in Octagon Hall. Are we saying that it’s a shadow person posing front and center for the photographer? Oh, heavens no.

How can we be so certain? We’re glad you asked; the story of this debunking begins with our 2018 expedition, during which we investigated Octagon Hall. With images of our own and experience with the building we can break this image down on three levels.

This image was clearly taken on a cellphone. This is evident from a low dynamic range and the general image quality. The ability for a cell phone to handle low light situations is nowhere near that of a high quality DSLR camera. This is why the image looks blocky and also why the colors are so saturated. The high contrast in the image, again caused by the camera being pushed to its limits, is what accentuates the “shadow person” at the foot of the stairs.

This is all well and good, but that shadow is clearly the shape of a person, how can that possibly be explained?

This photo isn’t telling you the whole truth, but you can uncover its background story if you look closely. See the diagonal lines of light that go right through the center of the shadow person’s figure? Those match up suspiciously well with the bannister’s columns to the left. This would imply a light source from the left of the stairs, above the bannister to create that shadow. 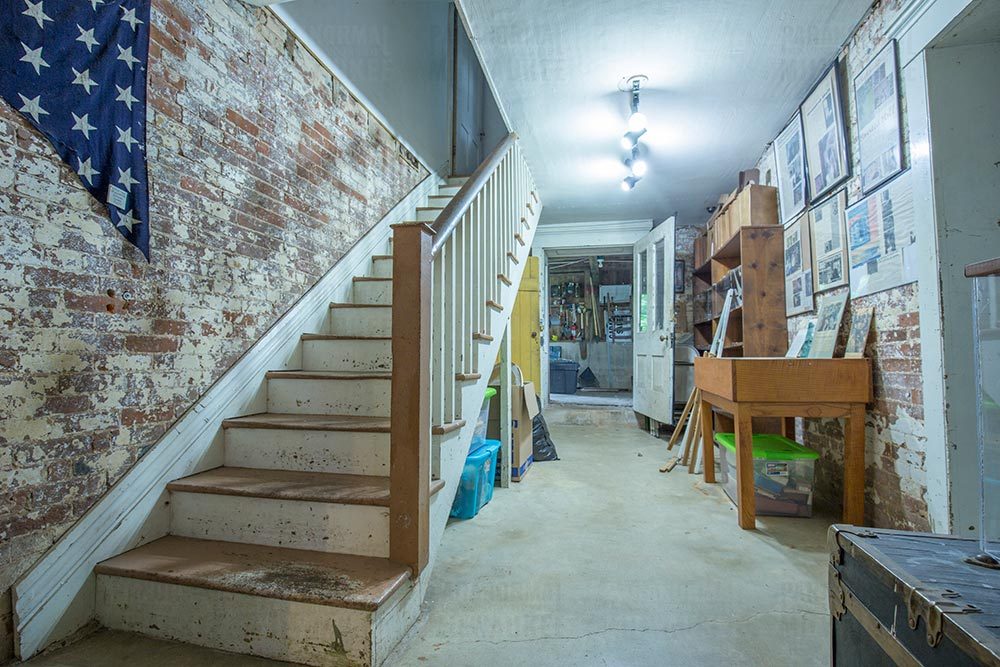 As you can see, there are a set of track lights immediate above and to the left of the staircase in the basement hallway. This light falls on the bannister, creating the shape of the shadowy figure’s body. And the end of the railing (apparently, called a newel, thank you staircase terminology site) is just the right shape to top that body with a shadow head.

Okay fine, we can see why the image looks the way it does and we can possibly see how the shapes of the shadow come together, but to be as confident as we are, we should be able to reproduce the results… 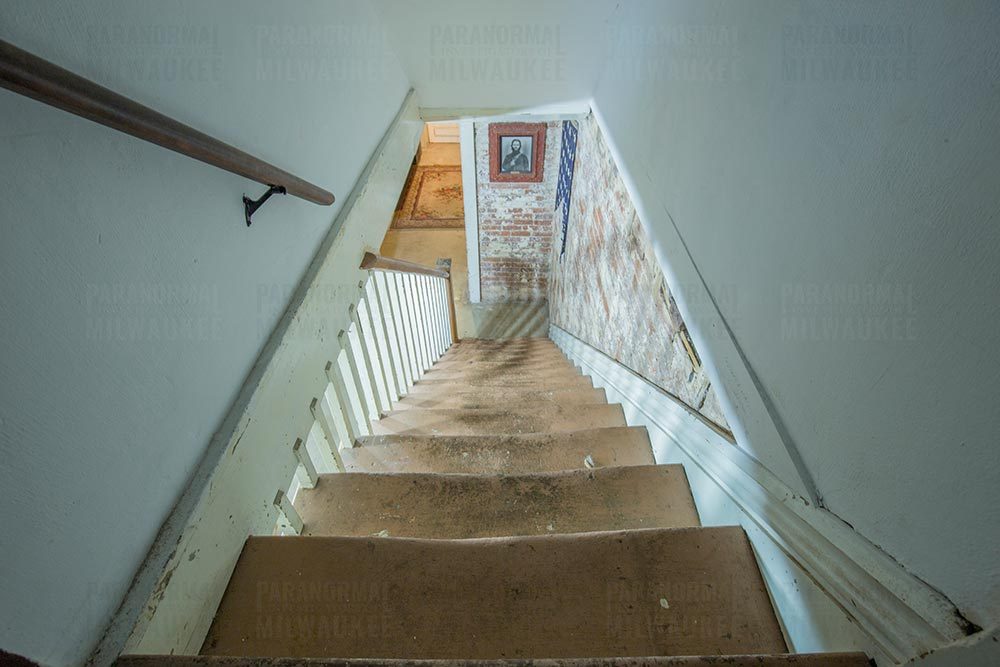 …which we most certainly can. We took a number of image with those DSLR cameras that we mentioned before, and we found them to have the same shadows. Our reaction was much less dramatic because seeing it in a high quality image and knowing the layout of the room, it is clear what is causing this shadow.

Beyond a shadow person of a doubt

What does it all mean? Is there some nefarious Scooby Doo villain out there peddling “Shadow Person of Franklin, Kentucky” t-shirts, lying to us all for personal gain, and presumably stealing candy from children? Nope. This is a completely innocuous image that is being lightly misinterpreted. The owner of Octagon Hall, Bill Byrd, is one of the nicest and (to our knowledge) most honest people we’ve had the pleasure of working with as investigators. Honestly, it’s a bummer to spoil some of that fun, but it is our duty to educate the public about the paranormal.

The moral of the story is just to be cautious when hearing about that new irrefutable evidence of the paranormal, there may just be a little more to the story.