Have you ever woken in the night, unable to move? Perhaps seeing a shadowy figure in the room, or feeling something on your chest holding you down? There is a good chance you’ve experienced sleep paralysis, a common phenomena that is frequently mistaken for something paranormal 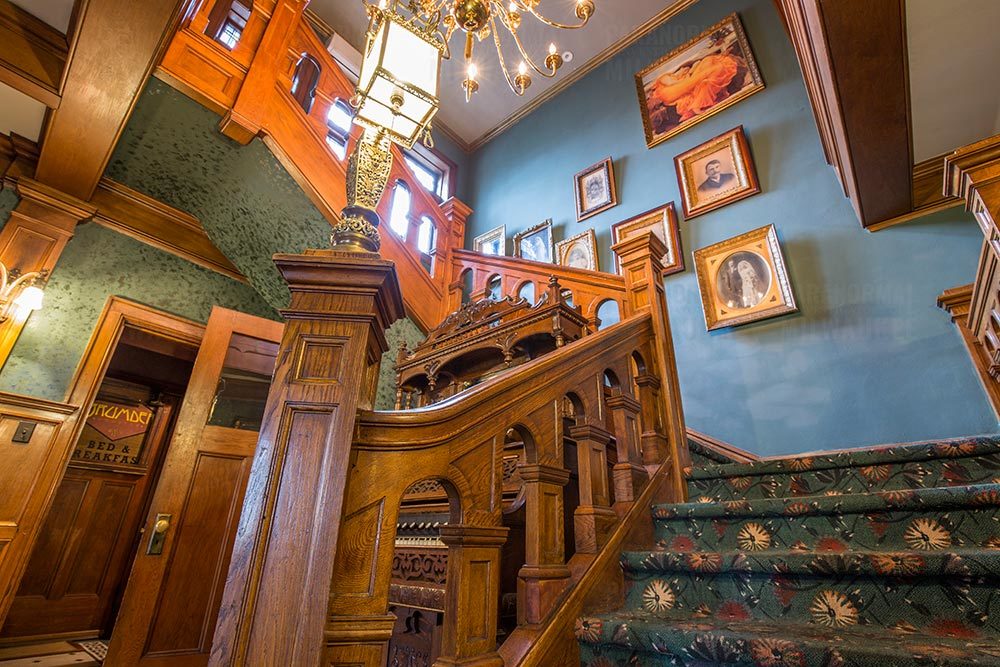 The paranormal investigation was successfully concluded. Location: the Brumder Mansion, a bed and breakfast in Milwaukee, Wisconsin. The Victorian Mansion is known as a hotbed of unusual activity and the team of Paranormal Investigators of Milwaukee (PIM) had just wrapped up more than 6 hours of an open public investigation. Some of the team members live quite far away and decided to stay in the haunted mansion rather than drive home at 3:00 am after an all-nighter. The equipment was all packed away and it was time to sleep.

The PIM members had booked George’s Suite on the 2nd floor of the mansion. It consists of two large and ornate rooms connected by a hallway, each with a king size bed and a large sitting area. In the larger room next to the bed is a closet claimed to host much paranormal activity.

As the investigators began dozing off, Marilsa felt several times a light touch of the comforter being tucked under her chin. She opened her eyes but saw no one. Was it her husband? No. He was already sleeping deeply. She closed her eyes and again felt a light touch. For a moment she thought that it was an insect but it wasn’t. In other circumstances this would have not alarmed her, but this was the room where the spirit of Mr. Brumder is said to reside. Marilsa was nervous but eventually fell asleep, vowing never to stay in that room again. Was this a paranormal experience? A tactile hallucination? A nightmare? Sleep paralysis?

Sleep has been studied through the centuries but is still not well understood. Scientists have begun to uncover physiological aspects of sleep, but much is still a mystery. In this article, we will briefly describe the elements of sleep, what happens when someone is lacking sleep, and then describe one specific type of sleep problem: sleep paralysis.

In the 1950’s researchers discovered that sleep occurs in two flavors: rapid eye movement (REM) sleep and non-REM sleep (Crick and Mitchison, 1983; Pagel, 2000). The person sleeping cycles between the two states, going from REM and non-REM sleep throughout the rest period. In REM sleep the muscles are more relaxed, dreams occur more frequently, are more vivid, and are stranger. The dreams are usually not remembered unless the person wakes up while dreaming, and then the dreams fade quickly. Dreams in non-REM sleep, by contrast, tend to be more thought-like in character (such as dreaming about problems at work) or abstract (such as dreams about colors or emotions). Dreams may occur at any time, from the time of falling asleep to the time of waking up (Pagel, 2000).

The importance of sleep is underlined most by its deprivation, by the lack of sleep. Sleep deprivation changes behavior, thinking, coordination, and life itself. A particularly unique ancient Chinese mode of execution of a condemned man was to prevent him from sleeping, waking him as soon as he started falling asleep (Bentivoglio and Grassi-Zucconi, 1997). In 1964, Randy Gardner attempted to enter the Guiness Book of World Records by remaining awake for 264 hours, that is, 11 days! By the fourth day, he was grouchy, uncooperative, had memory problems, could not concentrate, and hallucinated. Hallucinations, an experience where a person hears, sees, or feels something that is really not there, like voices in the head that no one else hears, continued on through the rest of the time he stayed awake (Coren, 1998).

Unlike hallucinations, nightmares are vivid and terrifying dreams where the person is suddenly woken up from sleep. Nightmares usually cover fears of attack, falling, or death (Vgontzas and Kales, 1999). Nightmares are common: a survey revealed that 5% to 8% of the population experiences them (Ohayon et al., 1997). Nightmares have been associated with certain medications (Table), with post-traumatic stress disorder (PTSD), with depression, schizophrenia, and panic disorders. Nightmares have also been related to breathing problems (asthma, chronic obstructive disease (COPD), obstructive sleep apnea (OSA)), heart issues (coronary artery disease), abdominal pain (ulcers, acid reflux), and headaches (Pagel, 2000). However, there is much overlap between those with a sleep disorder like nightmares and those lacking sleep (Satela, 2014).

So, what is sleep paralysis truly?

Sleep paralysis is a specific sleep problem sometimes associated with REM sleep (Satela, 2014), but tends to occur more often while waking up from sleep (Vgontzas and Kales, 1999; McCarty and Chesson, 2009). Sleep paralysis consists of an experience of being awake and aware of the surroundings, but unable to move any muscles (except for breathing and eye movements). However, it is much more than that. Sufferers of sleep paralysis will describe a sense of fear and breathlessness. Pressure on the chest. A sense of an evil presence in the room, a sense of being touched. Shadows. Footsteps. The sufferer is intensely frightened and feels helpless (Figure). The experience may last just a few seconds or may continue on for a few minutes!

About 7% of healthy people and up to 40% of people who suffer from panic disorders report episodes of sleep paralysis (Sharples and Barberb, 2011). Sleep paralysis experiences are usually explained in a culturally specific manner, leading to paranormal explanations ranging from witchcraft, to spirits, to extra-terrestrials (Hufford, 2005). Not all experiences of sleep paralysis are intense or frightening, and may involve just one visual, tactile, or auditory event, and even though scientists explain sleep paralysis as the continuation of REM sleep while in the process of waking up, to the person suffering from sleep paralysis, the experience is real.

Am I susceptible to sleep paralysis?

Certain people who are more at risk of suffering from sleep paralysis include people with narcolepsy, obstructive sleep apnea, alcohol and drug use, as well as sleep deprivation (such as night shift workers, changes in sleep habits, jet lag). Fortunately, for most people the treatment is simple: reassurance and good sleep hygiene. For others, medical advice from their family doctor or a sleep medicine specialist may be necessary and treatment could include cognitive behavioral therapy or antidepressants. These treatments are often very effective and result in peaceful sleep from that moment on (McCarthy and Chesson, 2009).

Don’t let it keep you up at night

For Marilsa, she understood that the experience could be due to a change in her sleep schedule to help in a paranormal investigation in a house with known paranormal activity. However, the experience left a deep mark that colors her judgment of the house, yet she continues to further investigate the mansion, even staying overnight.

If you experience strange events in the context of sleep, consider talking with your family doctor to find some answers. If, after contacting your doctor, you feel you need more help, then consider contacting PIM.