Playing host to a slew of deaths during its construction, a curse that condemns its land to be “dark and bloody”, and a permanently swirling whirlpool rumored to be a portal for spirits, it is no wonder that Hales Bar Dam is high on the list of interesting locations for PIM. 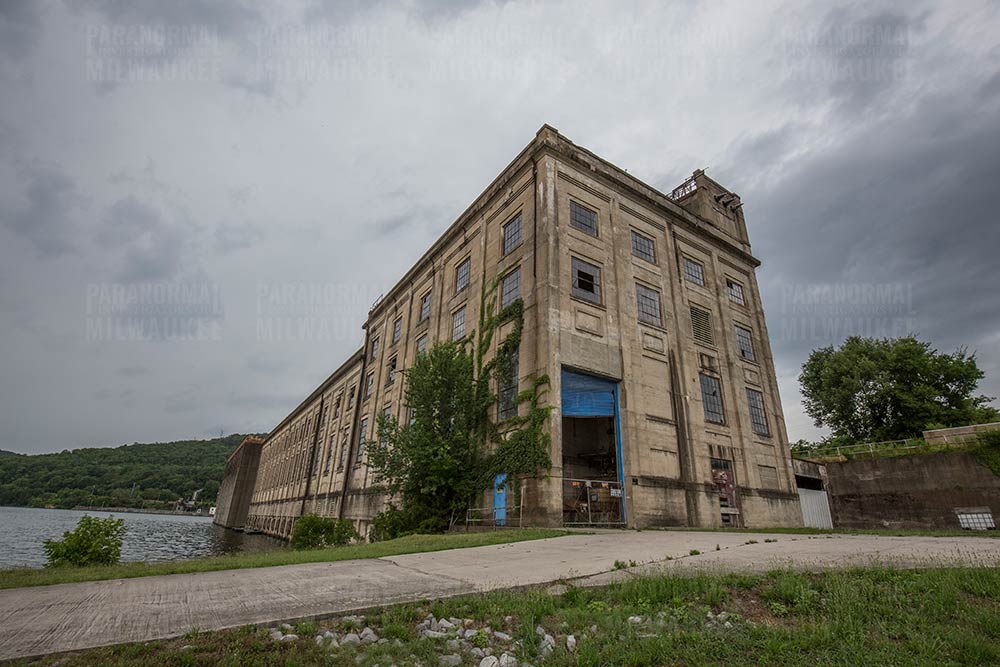 The Tennessee River Gorge was once one of the major impediments to year-round navigation on the Tennessee River. There were not only unpredictable water levels but also the gorge was plagued with many water hazards. The most notorious hazard was a whirlpool named “The Suck” and it is said that Native Americans who lived on the land could see the souls of their ancestors being sucked into the massive pool. They also believed that anyone who got close enough to the whirlpool would get sucked in by their ancestors.

The construction of the dam began in 1905 by the initial contractor, William J. Oliver & Company. Two self-contained communities, Guild (now known as Haletown) and Ladds were built nearby to house the thousands of workers that were needed for the project. The dam was built on what was once Cherokee territory, and was the country’s first hydro-electric dam. Following the signing of the Treaty of Sycamore Shoals on March 17, 1775, War Chief Dragging Canoe cursed the land, vowing that it was “dark and bloody land” and would be unproductive and uninhabitable for anyone that attempted to settle there. The Cherokees also believed the water where the dam was built was sacred.

The dam was originally scheduled for completion in 1909, however the engineers faced numerous difficulties including a weak limestone foundation which plagued the damn for the next 40 years. By 1910 only the lock and powerhouse, both on opposite sides of the river, had been completed. By November 13, 1913 the dam was completed in its totality. Originally, the dam was estimated to cost about $2 million, but the final bill was nearly $10 million, or $237 million in today’s value.

Soon after the dam’s completion, leaks began to appear. The engineers had chosen the location of the dam because the river was narrow but unknown to them at the time was that the ground beneath the river is limestone. Portions of the limestone continually collapsed and resettled, shifting the dam’s foundation and causing cracks to form in the dam walls. Administrators created a “rag gang”, which was a group of men tasked with stopping the leaks. Supposedly, they used whatever they could find to fill the cracks including asphalt, hay bales, mattresses, blankets and even a truckload of corsets.

The Tennessee Electric Power Company (TEPCO) desired to increase the operating capacity of Hales Bar Dam by fastening flashboards across the crest of the dam.  These flashboards raised water levels in the upstream portion of the river, resulting in flooding of local communities.

In 1963, TEPCO determined that continuing to expand and maintain the Hales Bar lock and dam would be too expensive and commissioned a new dam be built 6 miles downstream. The new dam was christened the Nickajack Dam and, upon completion, Hales Bar Dam and lock were demolished. The power house is still sitting in the river, partially flooded.

These deaths were expected in such a large project in those days.

Several hundred workers perished during the construction of the Hales Bar Dam. These deaths were expected in such a large project in those days. However, there were eleven deaths after its completion that included children. There was a dimly little tunnel that ran underneath the dam that the kids had to pass through each day to get to school. It is said that at least two children perished during one of the leaks in the tunnel. The narrow tunnel served as a common passage across the river for not only the children but workers as well. In the 1960’s, the dam suffered a catastrophic failure, flooding the downstream area and disrupting hundreds of graves, mainly those of the children that had perished during the Spanish flu epidemic of the 1920’s. No bodies were removed from the cemetery prior to the flooding and up until the late 90’s. You could see three headstones peering out of the water 70 yards from the bank where Dry Creek empties into the Lake. They are the marked graves of Henry, Moses and Sarah Long. Henry died in 1875 and Sarah in 1860. Moses birth is noted as November 25, 1880 but the date of death is illegible.

Today there is very little left inside the structure at Hales Bar Dam. The first two floors are under water and the Hales Bar Dam & Marina uses the turbine level as a dry dock and storage area. One of the original turbines is still in place and there is a natural whirlpool of constantly swirling water. There are a few big motors and fans, some storage lockers and various pieces of original equipment still in the place, although most of the turbines, generators and other equipment were sent to Nickajack Dam or scrapped. Currently, the Hales Bar Dam & Marina offers haunted tours, boat rentals, and floating cabins on the lake.

Following the 1775 Treaty of Sycamore Shoals, where the Translyvania Company purchased from the Cherokee Indians over 20 million acres of land, Cherokee Chief Drag Canoe, who opposed the treaty, cursed the area to become dark and bloody if should anyone settle upon it. People tend to blame all tragedies on this curse.

There are countless ghost stories involving Hales Bar Dam. Some say the souls of the workers, the children, and the buried whose graves flooded are among the spirits that continue to haunt the site. Examples include: workers who were supposedly trapped in the walls during its construction, men who drowned during those first few years, the spirits of Cherokee natives-including Chief Dragging Canoe-who still haunt the property, a presence called Chris, an alleged murdered young girl named Linda, and apparitions from the school children who haunt the tunnels.

Paranormal groups who have investigated the site

Although the sounds of fish splashing and birds screeching echoes throughout the whole facility, it has become a very popular for ghost hunters site to investigate.

Ghost Adventures, Season 5: Episode 1 and Aftershocks Season 1 Episode 23, Aaron reported experiencing his vest been tugged and at the same time an entity or a dark mass was captured by their thermo-imaging camera on the cat walk. They also captured numerous EVPs in the tunnels: “I’m gonna shoot you all…”, “let me come over…”, “come on come on ok…”, “yer [email protected]#$”, and unexplained child/female voices.

Ghost Hunters, Season 8, Episode 3, in the powerhouse, Grant and Jason were both touched on their faces by an invisible force. They also heard sniffling, bangs, and shuffling sounds. In the control room, Grant and Jason heard sounds like a person approaching, footsteps and talking. Upon further analysis evidence, they caught the sound of a Native American flute and voices on the recordings.

Many paranormal groups have reported their shirts being pulled and hair tousled by an apparition. Others have experienced feeling cold chills at a dead-end portion of the tunnel. Another location with alleged experiences is the 3rd floor where several playing cards were placed on the edge of a table and the spirit was asked to knock off a specific card but not the others.   There is a video recorded on the incident:

Though interesting, it is too easy to have a small air current knock off a playing card that is balanced on the edge of a table and the KII meter is not a good piece of equipment to use for detecting EMF since it is so sensitive.  Anyone there with a cell phone or even the camera that is recording the incident could have set off the meter.  PIM does not consider this evidence.