Located in Alton, Il, the Mineral Springs Mall was originally intended to be a simple building. However, this plan was abruptly changed when a flowing mineral spring was found on premises. Converted to a tourism attraction and spa, the building gained popularity, but found itself also becoming infamous for tragic instances of suicide, alleged murder, and restless spirits 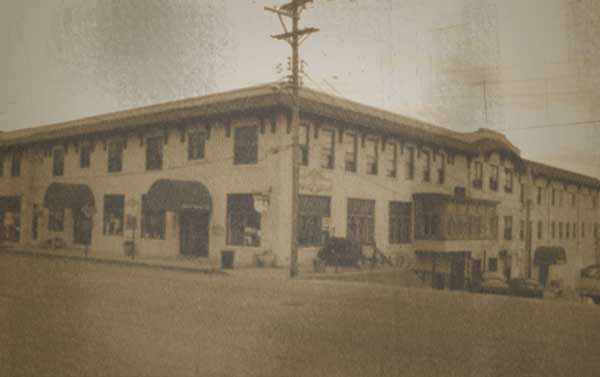 Mineral Springs Hotel, built by the Luer brothers in 1914, is one of the oldest buildings in Alton, IL. Originally, the building was going to be an ice house for the Luer’s meat packing business. Plans changed when a natural spring was discovered while drilling into the bedrock and the building became a Hotel and Spa. The hotel advertised having the largest swimming pool in Illinois.

The spring water was thought to have healing powers and attracted people from all over the country. The hotel even began to sell bottled water which shipped as far as Memphis and New Orleans. A majority of the Hotel and Spa’s clientele came from St. Louis which was less than 25 miles away on the other side of the Mississippi River.

Over the years there has been several reports/stories of deaths on the property including suicides, murder and accidental deaths. There is even a ghost story that dates back to the 1920’s about a women stabbing her flirting husband in the face with the heel of her shoe during an argument. The husband fell into the pool and drowned before anyone realized what had happened. As the story goes, the man was reported to be seen in the pool area looking angry.

See Our Investigation of Mineral Springs

Most notably is the story of a women who often frequented the hotel from St. Louis. Found cheating by her jealous husband, the question still remains if her death was accidental. Although the details surrounding her death will remain a mystery, the final result of the story was that she essentially broke her neck when she fell down the stairs. She is now known as the “Jasmine Lady”.

Today, the old Hotel is now named the Mineral Springs Mall and is home to a several antique shops, a four thousand square-foot ballroom, a barber shop, the Historical Museum of Torture Devices and also houses, currently, a handful of tenants.

Please note the history of the building is a combination of research from multiple sources including that of the walking tour done the day of the investigation. There were some inconsistencies found while doing the research and, as such, it must be understood that there may be incorrect facts about this location and the stories within. There are a few documented deaths at Mineral Springs Mall but as always, please take caution when reading any stories about this or any other location.

The Hauntings of Mineral Springs