Poasttown School History In 1936, construction began on what would be the first multi-room and multi-level school in the township. The school was aptly named the Poasttown Elementary school, and on September 7th, 1937, class started when the school bells rang for the first time. The school would remain in operation for over sixty years, […]

In 1936, construction began on what would be the first multi-room and multi-level school in the township. The school was aptly named the Poasttown Elementary school, and on September 7th, 1937, class started when the school bells rang for the first time. The school would remain in operation for over sixty years, teaching countless students, including its current owners. There are no known reports of paranormal activity in the school during this period, but interviews with form students would later show that the students were commonly plagued with uneasy feelings and unexplainable sounds throughout the old building. 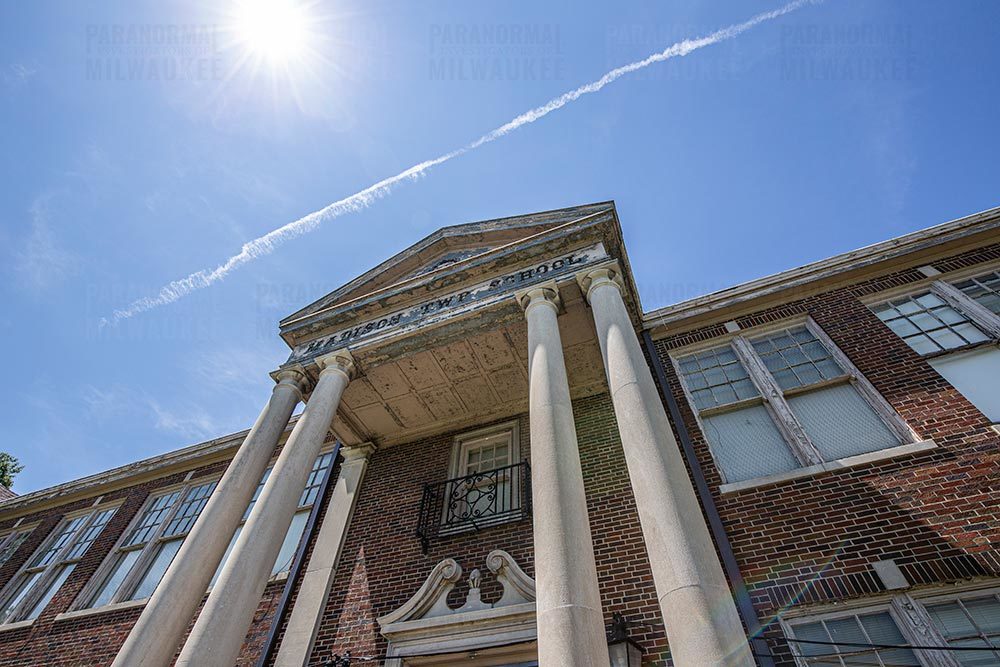 In 1999 the school closed its doors and was left vacant for five years, until being purchased by Darrel and Brenda Whisman in 2004. These two have rehabbed the school into similar conditions to those it had while in service, bringing back water and working electricity. Since completing the rehabilitation of the property, the Whismans have allowed visitors, as well as paranormal investigators to tour and investigate the building.

During the building’s long run as an elementary school there is a single tragedy that stands above any other unpleasantness, that being the story of “Sarah.” Not much is known about the Poasttown attendee, other than the fact that she died as a student of the school. Most accounts of the event agree that she had been playing near the multi-flight stairwell on the top floor of the school with friends, and at some point ended up over the railing and plummeted two stories, landing on the bottom floor.

However, this is where the accounts deviate, with many sources provide contradictory points regarding the specifics of the tragedy. Some claim that the girl fell from the top floor, dying on impact, while others conclude that she perished in a hospital bound ambulance, and still more say she died at home days later from her injuries. Even the child’s name has been obscured by time, with some sources, including Darrell Whisman, naming her Sarah and others referring to her as Cheryl-Ann. Seeing as there is no hard record of her death or cause thereof, her name and fate may forever remain a mystery.

One thing that is certain amongst the owners of Poasttown Elementary is that “Sarah” is still very much in the building. She is heard giggling and playing throughout the halls of the school and is widely reported to have touched various visitors, especially near the stairwell where she fell. On occasion, there have been reports of seeing a child-sized shadow wandering the school, and this apparition is also assumed to be “Sarah.” Recorded history does not provide us with many details about this young girl, then again, perhaps we should just ask her what happened.