Sedamsville Rectory has come to be a rumored demonic haunting, with a dark and illustrious past, the frightening apparitions and physical attacks on the living maybe come as no surprise to investigators. 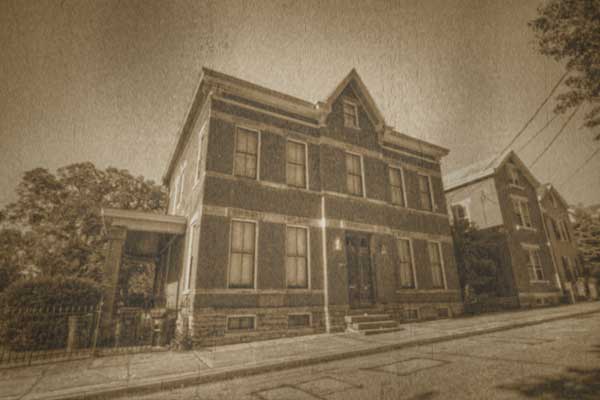 Sedamsville Rectory is one of four buildings once belonging to priests that served the community. The building is over 120 years old and is listed on the National Historic Register. It is currently being restored to its former glory by the current owners, The Midwest Preservation Society.

People believe that all the negative energy is stuck to the property and torments even the current owners today.

The facility has over 6000 square feet of space and has 4 levels. On the 1st Floor there is a Parlor, Living Room, Library, Formal Dining Room, Kitchen, and Bathroom. The Kitchen has a Servant’s Staircase going up to the 2nd Floor where the servant’s quarters are located. The second level has four bedrooms, three bathrooms, and a beautiful staircase going to the 1st Floor. It also has a separate staircase leading up to the Attic located off the servant’s quarters.

Father Donald MacLeod, who resided at the rectory, was struck by a train and killed in Sedamsville in the late 1800’s. He was on his way to provide comfort and sermon to a seriously ill woman when he was hit by an oncoming train and was killed instantly. He is rumored to now be the resident ghost at the rectory. Many people have claimed to have seen the apparition of Father MacLeod while visiting.

The rectory is rumored to have housed a priest who abused and molested children. It also has stories of a brutal dog fighting ring that was set up in the Basement of the rectory during the brief time that the rectory sat vacant in the 1980’s.

The sound of dogs growling and barking, scratches that burn, bites, doors opening and closing on their own, demonic growls, apparitions

Now people believe that all the negative energy is stuck to the property and torments even the current owners today. The sound of dogs growling and barking, scratches that burn, bites, doors opening and closing on their own, demonic growls, apparitions, the sound of music, cabinet doors opening on their own and most recently the current owner brought in some books that were recovered from a neighboring house which seemingly caused an angry response from the house.

The owner wrote in a blog that the vacant house next door to the rectory had recently been vandalized and some of the items from the house were left to lay in the back yard in the elements. The owners placed a few books in a shoe box to be placed into the rectory Library instead of leaving them outside to be ruined. The moment they walked up to the back door with the shoebox of books (they also brought in a Monet reproduction) the rectory seemed to come alive. It was screaming in protest. They heard growling, whispering, a door upstairs slammed shut. The light sneaking in from the windows seemed to withdraw and the rectory got very dark. They also heard what sounded like a woman crying. They proceeded to bring in the items reciting the Lord’s Prayer aloud.

During our investigation of Sedemsville Rectory a number of odd occurrences were reported, from seeing shadow figures, to being physically touched: